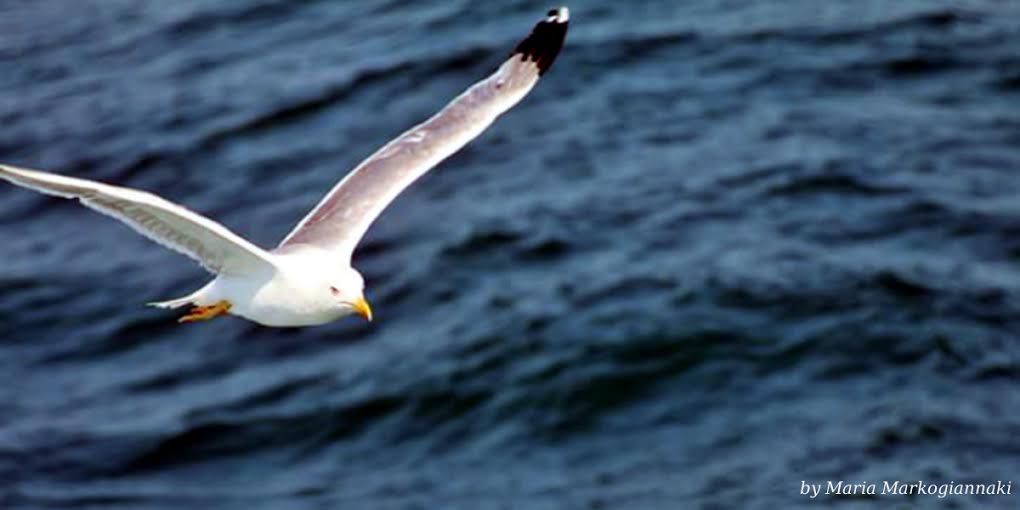 The tale of the electric seagull

He was in the middle of one of his never ending flights above the sea. The weather was so beautiful today that he could be roaming around the skies for hours. As he was enjoying the game with the cool streams of wind, he decided to lose his altitude and dip himself in the water for fun. It was a feeling that he will never forget for his entire life. An immediate electric shock savaged his body as he touched the surface of the sea. The whole situation gave him the creeps for good. What was happening? Something was wrong! He tried again and again, but every time he was trying to touch the water with his feet, a severe electric shock was shivering down his body from his nose to the wings…

Now he was really frightened. There is no way that a normal seagull can’t touch the water. How would he catch his fish food now? He felt like escaping from this nightmare. For the first time in his life, the sea made him feel sick. He decided to head for the big city nearby.

After all this he was feeling very tired, but his anxiety to reach the famous big city where millions of humans were creating this mysterious complexity they use to call “everyday life” made him forget his fatigue and fly like mad towards the city center. Nonetheless, this was a wise thing to do, since he would be able to find some food there.

The seagull reached the city by afternoon. On the one hand, it was a strange sight for some of the people, since they weren’t used to seeing such a bird flying over their concrete buildings. On the other hand, the majority of the people rushing in the streets weren’t paying any attention to him. He had a hunch that a lot of kids couldn’t really recognize what kind of bird he was.

The sun was slowly setting in a beautiful way, making the sky look like it was a part of a painting. That didn’t have any result though on the focus point of the peoples’ attention…Most of them were behind the steering wheels of these strange rapidly moving machines with wheels, filling the roads down below the seagull. He flew over the huge buildings and used a lot of grey statues as his toilet room just for the fun of it…Well, that was something other birds were enjoying as well, so he thought that no one could blame him for such a behavior…

After a short trip all around the city centre, he decided to eat some of the crumbs that were laying down the filthy streets. A number of pigeons were heading the same way, so he thought that it would be a little dangerous to engage in a fight with them for a small portion of food. He was lucky enough to reach the food first, so he realized that he would have quite some time to grab a few of the crumbs in his mouth before the pigeons land beside him. After eating the first crumbs, he found out that the pigeons were trying to avoid him, like he was a menace to them. They seemed frightened and that made him worry more…What did they see? He was just a normal seagull, a medium sized bird that came from the beach, looking for food…What was that made them look so scared that they all flew away?

His stomach was aching, though, so he did take advantage of the fact that all the other birds were trying to avoid him – even the cats that were searching the garbage nearby vanished by the moment they took a glance at him. He ate all the crumbs and now he was thankful for his appearance. His stomach was full and he was feeling well for the first time in this awkward day.

A great idea came suddenly in his mind. He would start a new life in this big city. It was easy for him to steal the food from other animals, since he was looking dangerous and mean somehow to them, and in the meantime he would have a lot of time to think the reason why the water was not suitable for him anymore. It was time to celebrate the beginning of a new life and the best way to celebrate something is to take up the skies and fly!

As he was gaining altitude, he decided to fly next to these huge buildings of glass, where he could see himself and practice with some mean faces that would make him look more dangerous to the silly animals of the city. Anyway, this would be his absolute weapon in the fight for survival in his new home!

That was the time that he realized that he was electric! His whole body was bright like a star. He, himself was generating light, like the neon signs in the corners of the road. He looked brighter than the moon as he was flying near the building’s windows…Now that was really spooky, and by that time he understood why all the animals were trying to get away from him. He was strange, a paranormal phenomenon. He was the electric seagull.

That was unfair! He didn’t choose to be that way. He could never live to be nature’s outcast. Why? Why was this happening to him? He did no wrong…He was feeling sad; he knew why he experienced the electric shocks when he tried to dive in the water, early in the morning. That was a bad day, the worst in his life. There was too much to bear in one day. He wanted to die, right here, right now! He knew what he would have to do. He would leave himself drop down in the traffic, so that the cars would smash his fluorescent body at once.

As he begun to descent towards his death, he realized that the traffic had stopped completely, a fact that was unexplainable in the big city. All the drivers and the passengers had abandoned their cars and they were all looking at his direction with awe. They found the spectacle beautiful and strange, so they stopped to take a good look at it. They were all looking at him. They finally decided to turn their heads upwards, leave all their worries behind, and get away from their mechanized and furious “way of life”. He was the reason they were doing that.

The electric seagull felt like they were looking for a new messiah, someone or something to hold on to, in order to find again the true meaning of life. He had a good idea now of what they needed. They had to return to nature, the mother of all. He would take them back to her with pure delight. He flew above their heads, as if he wanted to bang them with a single hit. A sigh of relief was heard when they all realized that he was just playing with them. He did the same move three times in a row in order to let them know that he was inviting them all to a trip to survival. The electric seagull flew above them, in order to show them the way. They followed him with no denial.

For a moment it seemed as if they had been planning this for a long time. The human beings gave the impression to the seagull that they were all very well prepared for such a departure away from their material world. A huge row of people was escorting the seagull on foot as he was leaving the great city behind. It was dark, the night was deep, but his tiny body served as the light of the way. He was a moving star that showed the way. They were all heading to the sea.

They have been walking for hours; nobody could really realize how much time they did spend without stopping. It was quite clear that not only the people but the electric seagull himself were feeling very tired. It was high time they all stopped now. Nobody had to say that the time of rest had come. The beach was laying in front of them and the ocean was providing them with a feeling of calmness, a joyful experience that made the humans understand what they were all missing during the last decades. The seaside was beautiful even now in the winter.

The seagull felt like smiling now. It was awkward though that his reactions were becoming to look like human…He knew now that the time had come. He flew over the heads of the people who were only enjoying the seaside. Many were holding each other hand in hand, others were making love, without caring about the presence of the other people beside them, and the majority of the people were just staring at the stars talking and smiling. Everybody was having the time of his or her life! They were watching the bright seagull’s flight not feeling that this phenomenon is strange.

The seagull flew three times a few meters above their heads, making sounds like he was saying “thank you” or “enjoy it”. The people were waving their hands to him like they were saying to him “goodbye”. It was true that this was a farewell.

The seagull turned to the ocean and started losing all his altitude with a sudden dive towards the water. The sight of the silent ocean was beautiful. He started fantasizing of how it would feel as soon as he touches the cold water with his electrically charged body. The moments flew like a fast and furious bird. A giant flare tore the sky apart as he touched the ocean. He made no sound as his feathers scattered all around the water creating small fireworks as they were blending themselves with the water molecules. The electric seagull was nothing but an idea now. The people looked at him as he was killing himself and then continued to have fun along the seaside. Nature had a strange way of attracting their attention…

This site uses Akismet to reduce spam. Learn how your comment data is processed.